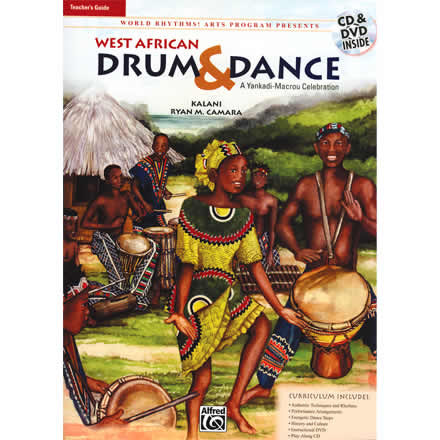 It was Mandé ethnic groups that first developed the Djembe and Dundun drums, which form the core of their traditional ensembles. Other traditional instruments in the ensemble, and modern adaptations (the whistle) are found in this section.

Under the guidance of Kalani Das’ and Ryan Camara’s ground breaking curriculum, West African Drum and Dance, these instruments can help bring authentic West African music, dance and culture to life in your classroom.

• Pre-Tuned and ready to play!

• Size stated is approximate for traditionally made instruments

• Highest quality goatskin heads for djembes and cowhide for dunduns

Our special Mandé Instrument Ensemble Sets are designed to be used with the Book/CD/DVD set by Ryan M. Camara and Kalani, West African Drum and Dance: A Yankadi-Macrou Celebration. The Standard Sets contain the minimum number of instruments required to play all of the parts. The Deluxe Sets allow for greater participation.

The following sets are identical to the corresponding model number above except that they do not include any xylophones for those who already have these items in their Instrumentarium.